Words on this page

‘Deacon’ comes the Greek word for ‘servant’. Deacons in the Church in Wales have special roles within worship such as proclaiming the gospel. Traditionally, deacons have had responsibility for social care. Deacons often go on to be ordained priest.

‘Priest’ comes from the Greek word for ‘elder’. Priests in the Church in Wales are those authorised specifically to proclaim forgiveness of sins, preside at the Eucharist and bless God’s people, as well as other responsibilities.

‘Theology’ means literally ‘words about God’. Christian theology involves our trying to understand and explain what God has revealed about himself through Scripture. This work is aided by the writings of past and present theologians and human reason. 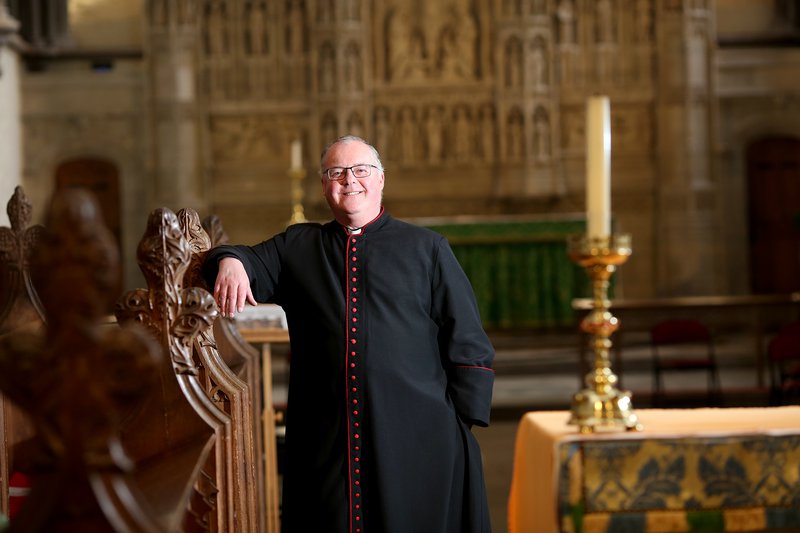 Dean Shackerley trained for ordination at Chichester Theological College from 1991 to 1993 gaining a Diploma in Theology and Ministry. In 1996 Shackerley had gained a Master of Arts degree in Theology awarded by the University of London. In 2007 Dean Shackerley had completed his PhD awarded by the University of Sheffield on the role of theology and the Church of England in urban contexts entitled, 'The Church in the City: Partnership and Hospitality'.

Following service in the Royal Army Medical Corps, Dean Shackerley was commissioned as a Church Army Officer in 1983 and served as a Parish Evangelist for St Martin’s Parish Church, Birmingham (1983–1986), then St Andrew’s Parish Church, Kingsbury, London (1986–1991) before he began training for ordination to the priesthood in the Church of England.

Dean Shackerley was ordained at St Paul’s Cathedral and served his title Parish as the curate of All Souls’ Harlesden, London from 1993 to 1996 and then became Vicar of All Saints with St Michael’s Parish Church, Chelmsford from 1996 to 2002. From 2002 Shackerley was Canon Residentiary and Vice-Dean of Sheffield Cathedral and Chair of the Cathedral Archer Project. From 2010 to 2014 Dean Shackerley was the Vicar of Doncaster Minster before taking up the post of Dean of Brecon during September 2014.

Gill was a Reader in St David’s Church, Llanddew and Brecon Cathedral from 2008 until she was ordained deacon in 2019 and priest in 2020. She is a member of the clergy team of the Cathedral for the duration of her continued ministerial formation.